Quantum education at the K-12 levels is just getting started. Currently, the Q-12 community is focused on developing both informal and formal learning opportunities for teachers, students, and families. That encompasses new lessons, events, access to quantum technologies, and information about careers.

The world is in the midst of a second quantum revolution due to our ability to exquisitely control quantum systems and harness them for applications in quantum computing, communications, and sensing. Quantum information Science (QIS) is an area of STEM that makes use of the laws of quantum physics for the storage, transmission, manipulation, processing, or measurement of information.

After the passage of the US National Quantum Initiative Act in December 2018 [1], the National Science Foundation and the White House Office of Science and Technology Policy (WHOSTP) assembled an interagency working group and subsequently facilitated a workshop titled “Key Concepts for Future Quantum Information Science Learners” that focused on identifying core concepts essential for helping pre-college students engage with QIS. The output of this workshop was intended as a starting point for future curricular and educator activities [2-4] aimed at K-12 and beyond. Helping pre-college students learn the QIS Key Concepts could effectively introduce them to the Second Quantum Revolution and inspire them to become future contributors and leaders in the growing field of QIS spanning quantum computing, communication, and sensing.

The framework for K-12 quantum education outlined here is an expansion of the original QIS Key Concepts, providing a detailed route towards including QIS topics in K-12 physics, chemistry, computer science and mathematics classes. The framework will be released in sections as it is completed for each subject.

As QIS is an emerging area of science connecting multiple disciplines, content and curricula developed to teach QIS should follow the best practices. The K-12 quantum education framework is intended to provide some scaffolding for creating future curricula and approaches to integrating QIS into physics, computer science, mathematics, and chemistry (mathematics and chemistry are not yet complete). The framework is expected to evolve over time, with input from educators and educational researchers.

Why quantum education at the K-12 level?

Starting quantum education in K-12 provides a larger, more diverse pool of students the opportunity to learn about this exciting field so that they can become the future leaders in this rapidly growing field. This is especially important because over the past century during which the first quantum revolution unfolded, the quantum-related fields have lacked gender, racial, and ethnic diversity. We must tap into the talents of students from diverse demographic groups in order to maintain our leadership in science and technology. Early introduction to quantum science can include information on applications and societal relevance, which will hopefully spark excitement and lead more students into later coursework and careers in STEM. Also, starting early with a conceptual, intuitive approach that doesn’t rely on advanced mathematics will likely increase quantum awareness with more students, even those who do not pursue a career in QIS. In the long term, this will potentially improve public perception of QIS, moving it out of the weird, spooky, incomprehensible, unfamiliar realm.

What are some considerations to take into account when introducing QIS into the K-12 classroom?

As an emerging field that has traditionally been the realm of advanced undergraduate and graduate study with an aura of complexity, educators designing and delivering curriculum should keep the following in mind when integrating QIS into their classrooms. 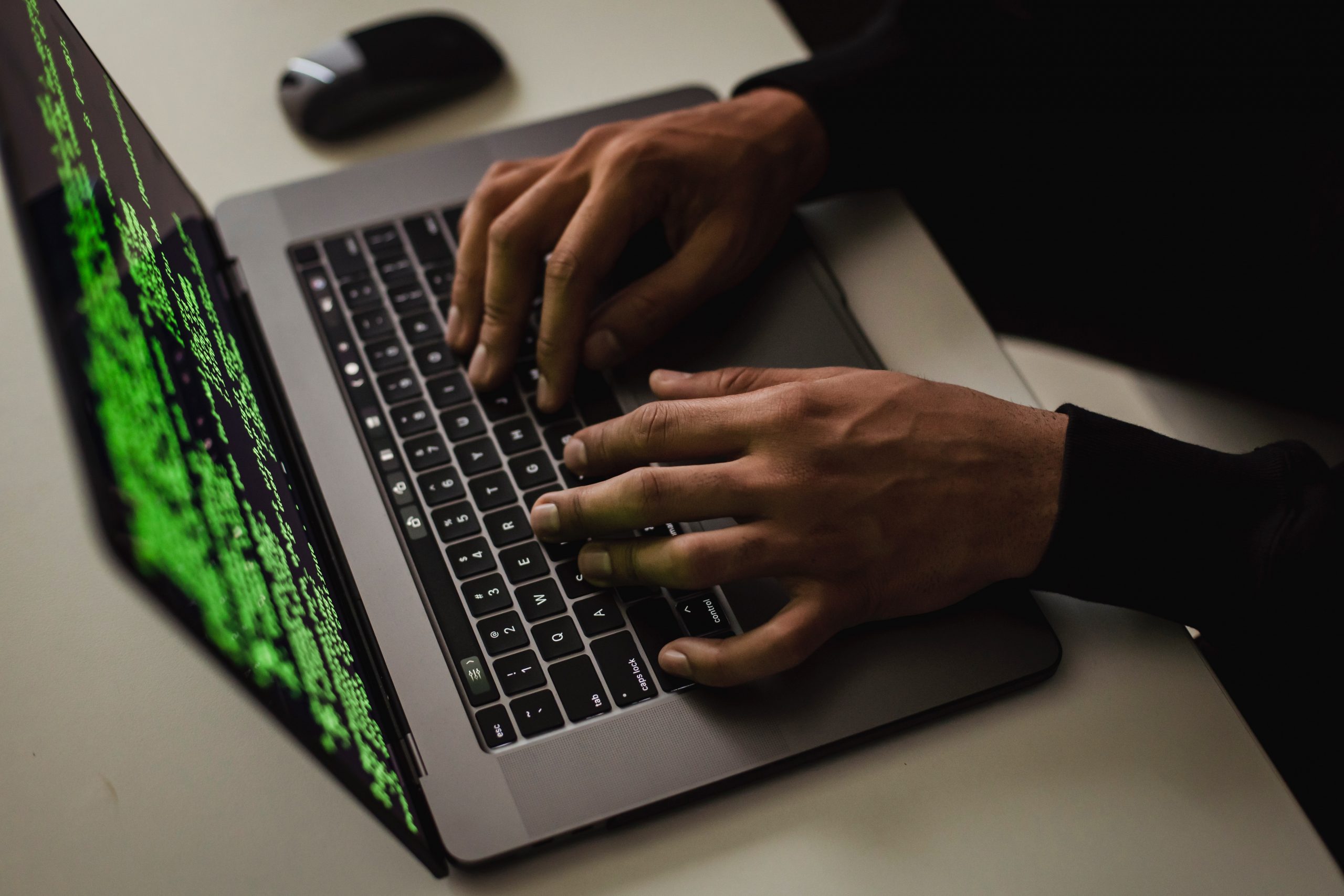 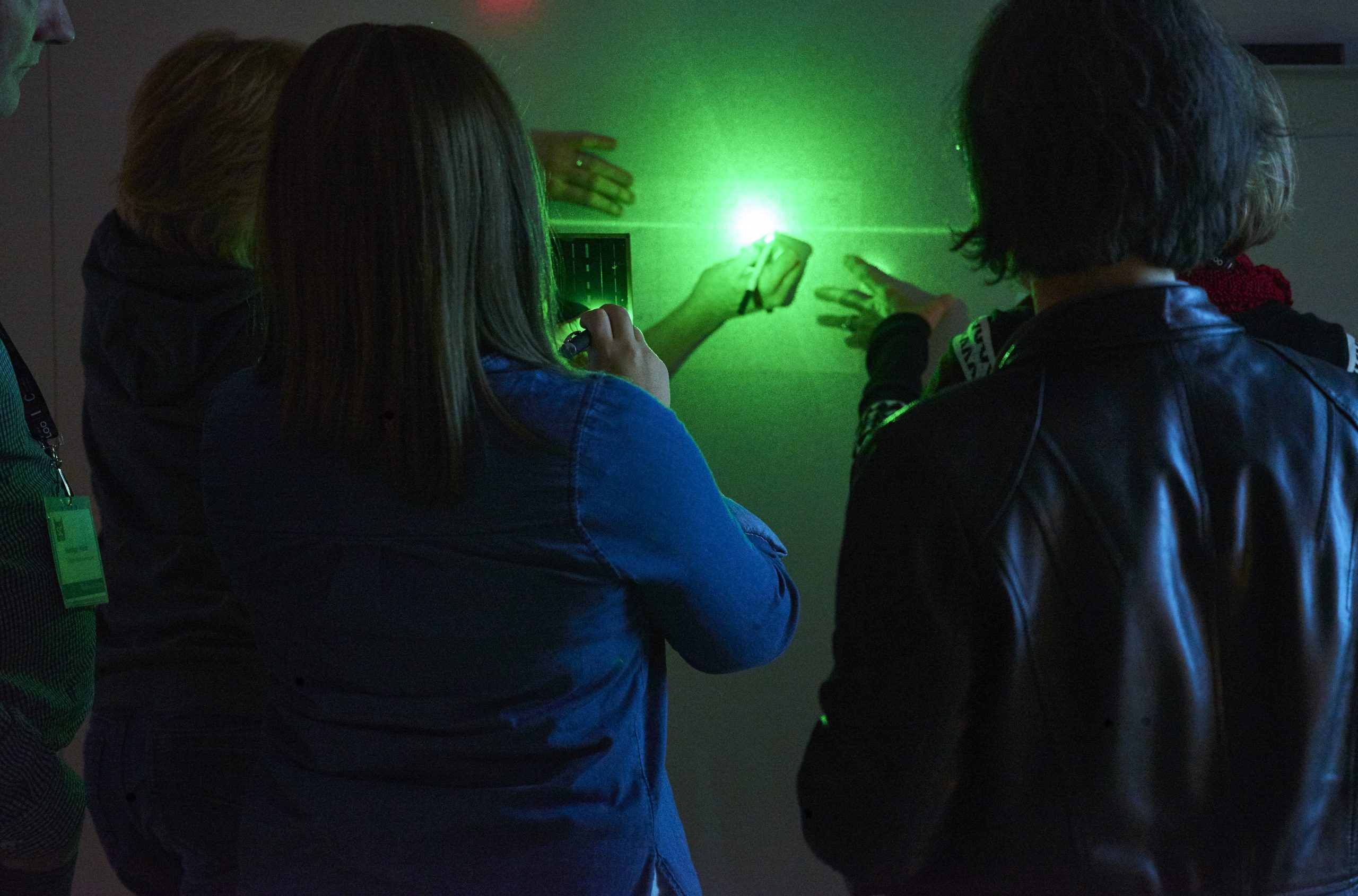 The purpose of the QIS K-12 Key Concepts Physics Focus Group was to create an initial set of expectations and learning goals, which will be useful to curriculum developers and teachers seeking to develop physics lessons and activities for teaching QIS K-12 Key Concepts. 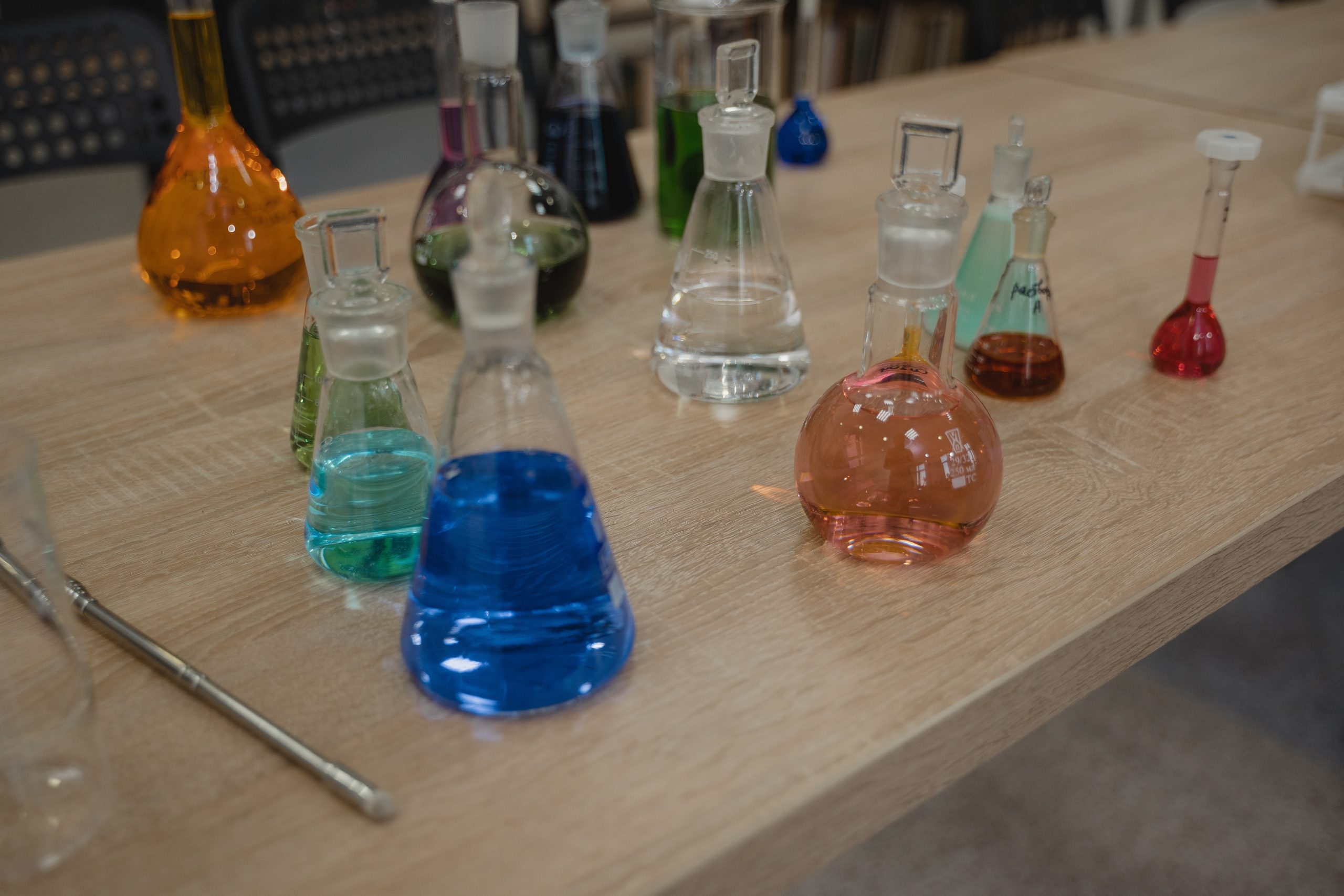 The purpose of the QIS K-12 Key Concepts Chemistry Focus Group was to create an initial set of expectations and learning goals, which will be useful to curriculum developers and teachers seeking to develop chemistry lessons and activities for teaching QIS K-12 Key Concepts.

The resources in this repository are created and submitted by members of the quantum education community. We review them prior to posting and provide information on suitability for different audiences. We also note when teachers have either co-developed or reviewed the resource. Did we miss anything? Contact our team to let us know! 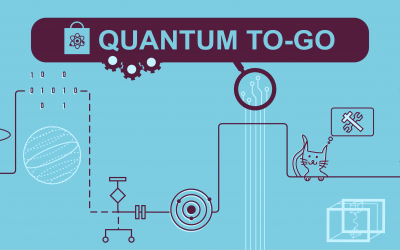 The Quantum To-Go program goal is to match scientists, engineers, and professionals in the field of Quantum Science, Engineering, and Technology with classrooms across the country to introduce the importance of quantum science and technologies and increase student...

END_OF_DOCUMENT_TOKEN_TO_BE_REPLACED 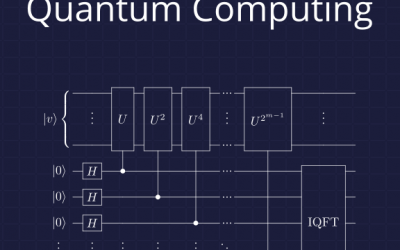 This resource is a textbook was used in an undergraduate course at Creighton University. It is based on lecture notes and homework problems from a course taught by Prof. Thomas Wong during 2018 and 2020. Some of the introductory material may be appropriate for AP High...

END_OF_DOCUMENT_TOKEN_TO_BE_REPLACED 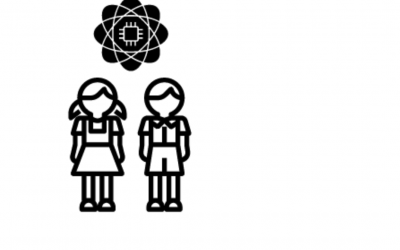 EPiQC is an NSF-funded quantum computing research program. As part of their education effort, experts in computer science education and early education have developed activities to introduce children and their families to quantum computing topics. The website of the...

END_OF_DOCUMENT_TOKEN_TO_BE_REPLACED 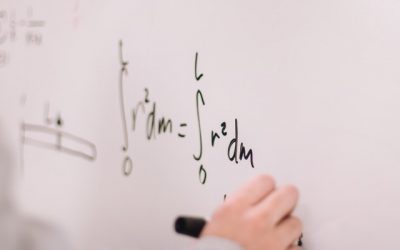 The Mathematics of Quantum Mechanics is a set of notes aimed at high-school students, and provide the necessary mathematical background to dive into quantum information science. Through this three-chapter introduction, students will gain the necessary background in...

END_OF_DOCUMENT_TOKEN_TO_BE_REPLACED 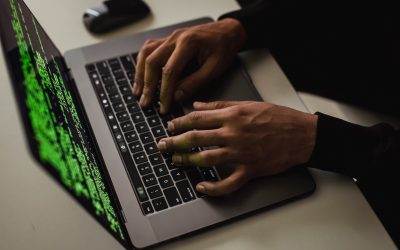 qBraid.com offers an online platform for learning about quantum information and programming on quantum computers. It is targeted at different levels, spanning high school, undergraduate. For example, non-quantum learners may visit qbook.qbraid.com/learn to access an...

END_OF_DOCUMENT_TOKEN_TO_BE_REPLACED 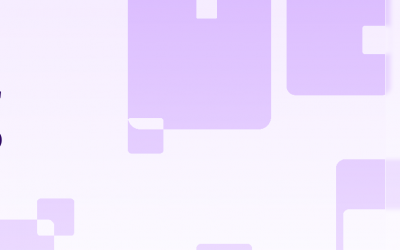 This resource is an online self-guided set of essays about quantum computing, quantum mechanics, and other quantum topics. It is similar to an online textbook and includes some Q & A for the reader to help reinforce concepts. The authors describe the resource as...

END_OF_DOCUMENT_TOKEN_TO_BE_REPLACED 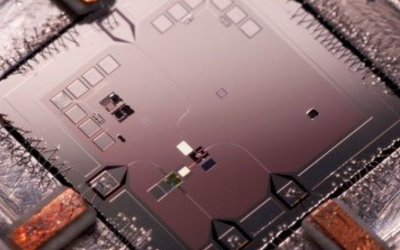 EdX Course: Introduction to Quantum Computing for Everyone

END_OF_DOCUMENT_TOKEN_TO_BE_REPLACED 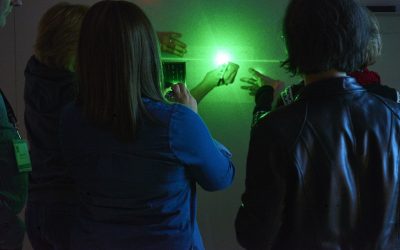 Lesson Modules by the Institute for Quantum Computing

END_OF_DOCUMENT_TOKEN_TO_BE_REPLACED 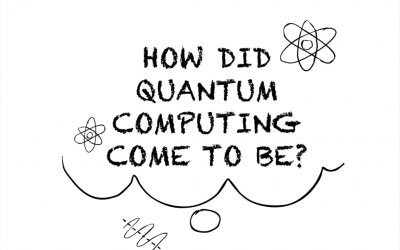 Zines are short, comic-book-style pamphlets that fit on an 8.5”x11” piece of paper and intended for general non-expert, informal learners. The zines cover a number of quantum computing topics ranging from superposition to quantum notation. These begin with analogies...

END_OF_DOCUMENT_TOKEN_TO_BE_REPLACED 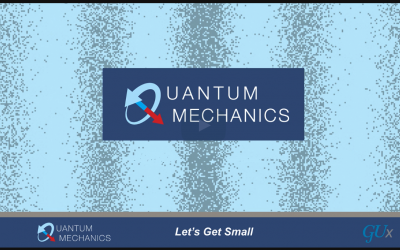 EdX Course: Quantum Mechanics for Everyone

This is a quantum mechanics (physics) course aimed at non-scientists and is intended to be accessible to high school level students and above who have studied Algebra II and Trigonometry. It introduces the concepts of superposition and entanglement, as well as others....